Some personal stuff about me.

The website is primarily my academic online representation -- yet we are all humans, aren't we? This part of this website is where I convey a bit of personal information, or provide some links of a non-professional nature.

Below I list some of my most favorite YouTube channels. Maybe there's something you'd enjoy as well. :) In any case, they are all of an educational nature, so surely they are a 'more useful' alternative to Netflix. :) Just FYI I list the number of subscribers for each channel. Last updated early April 2022. (Ordered more or less by recommendation or by my estimate of what my website vistors (mostly my students I guess) could be interested in the most.)

I'm pretty much an open book to everybody, so anything I say here should hardly be a surprise to anybody who ever came into contact with me. For those who don't know me yet and for whatever reason want to know something about me (why would you open that page, otherwise?), here's some info: 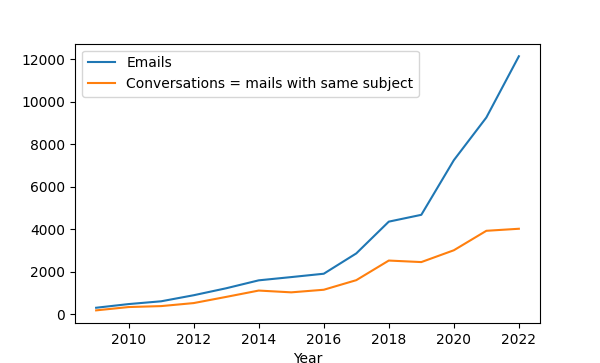 Note that I don't enjoy writing emails... It's simply an indicator of my workload. Unsurprisingly, in 2022 I convened two courses each with 400 students, 2021 I convened only one course with 400 students, and 2020 I could just focus on research! Pretty well visible in the plot I think. :)